Not a Clubshop Partner Yet? Stop Losing Money!Click HERE And Activate Your GPS NOW!

Let me go straight to the point:

The majority of people without an entrepreneurial mindset stay poor all their lives because they want to make money immediately and with no effort.

At Clubshop, we know about this reality, and we are doing all that we can to enable even these people to make money.

But it’s not mathematically going to happen, and, most of all, If they want to succeed, these people need to change their mindset from greedy to grateful. And the latter doesn’t depend on us. It’s only their responsibility. It depends on their willingness to change it.

What do I mean by that?

Well, I’m sorry if, with this post, I could hurt someone’s sensibility. Anyway, if you’re anything like me, you prefer to hear the truth, not what is more delicate.

So, let’s start from a fundamental principle: You can’t build a genuine, legitimate, and profitable business in just a few months. It sounds even apparent. Nevertheless, even if it seems incredible, unsuccessful people believe that they have to blame something or someone if they don’t succeed in just a few months. Never themselves.

If you have an entrepreneurial mindset instead, you know that to become successful, you need faith, persistence, enthusiasm, and determination to never give up until you have achieved all your goals.

Success is not for the weak. It’s the legitimate reward that only the braves deserve.

If we could reduce the problem to a single starting point, I would say that the fundamental reason they are weak, whiners, and quitters, is that they are greedy instead of grateful.

Which is even understandable somehow. If you always lived a life of scarcity, you usually tend to be greedy instead of generous because fear dominates you. The problem is that if you allow fear to control your life, you’ll never get out of the negative situation you are experiencing. It’s a vicious circle:

Fear is what blocks abundance in so many lives.

Bringing all the above at the Clubshop business level, this toxic mindset creates all kinds of destructive thoughts that lead millions of people to an inevitable failure rather than to an accessible, affordable brilliant future.

We see that every day.

On the other hand, fortunately, we also see loads of people able to inspire others with their generosity, faith, passion, enthusiasm, and persistence.

That’s why they’ll succeed. It’s as simple as that.

Do you want an example of an essential thought that successful Clubshop members have in the back of their minds, while the others don’t? Here you are:

“Thank you, Clubshop, for providing us with all the tools and strategy we need to run a successful online business for such a tiny monthly fee. I know that if I had to do anything similar, I had to educate myself for years and then invest millions.”

Can you see the difference?

Instead of seeing the GPS monthly fee as a pain in the ass, they’re grateful because they know the GPS’s unique value and are enthusiastic about it.

The good news is that even the most pessimistic, negative, whining, and skeptical people can become aware of their limiting beliefs at any moment of their life.

This awareness enables everyone to radically change their mind from destructive to constructive in a matter of seconds to start a new fulfilling life.

Why not you, and why not now?

We were hoping you could start your journey with us and never give up until we have achieved our common goals together.

We all want a better life. Together we can make it. The GPS is our shared vehicle. 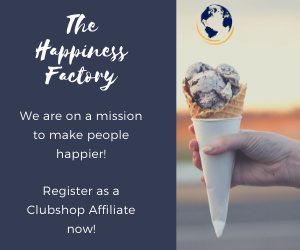 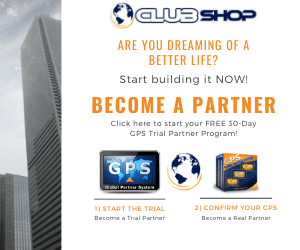 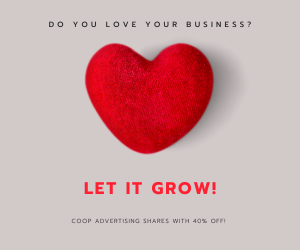